When we introduced our Fellows in our little riddle, we also raised the question „why“. It was meant in a double sense: Why did you choose your field? And why do your think your research matters? Well, our philosopher of biology Chiara has already answered the first „why“ question in our feature 33 questions. But we wanted to give her some more space to share her thoughts about the second „why“ question – which is, we think, very important in a world where the relevance of research and science for society’s flourishing sometimes is doubted…So let’s take a look at Chiara’s thoughts:

Indirect But Nonetheless Important: The Impact of Research in Philosophy of Biology

Disciplines like philosophy of biology tend to have very indirect, but at the same time very broad impact on the real world. Technically everything I look at has little immediate empirical relevance, as philosophers deal mostly with theoretical aspects of science. However, as I said before, changes in theories can have extremely powerful long-term impact on the way we look at the world, and on how we conduct empirical and applied research.

The Theoretical Impact: An Example

For example, consider genetics (and all ensuing medical research based on it). Not long ago genetics was spearheading biological research: all the focus was on mapping out the entire genome, because genes were considered the ultimate repository of biological information. Knowing everything about genes seemed to entail knowing everything about how our bodies work, and therefore giving us the best possible vantage point to intervene on it. The emphasis was on genes as such, with a rather restrictive view of what a gene is.

A Paradigm Shift in Genetics

Now things are changing: it is becoming increasingly obvious that epigenetic factors (roughly speaking, things that modify the information contained in genes, or constitute separate channels of information altogether, like chromatin marks on DNA or behavioural traditions) can regulate and alter gene expression to a substantial extent. This is changing both the way we think about genes and genomes (these concepts are so to say expanding and becoming more sophisticated), and the relative importance of mapping them out in detail (which is costly, and funding is a finite resource). More attention (and money) is being devoted to investigating epigenetic factors and their role – with medical research taking the hint in this direction from fundamental biological research.

This “paradigm shift” was initially possible thanks to theoretical research – with philosophers of biology constituting a sizeable part of the thinkers’ critical mass. Critics of geno-centric perspectives worked first from theoretical premises, which then got increasingly confirmed by empirical results.

In general, successful research programmes tend to gain greater visibility, get more funding and consequently attract more researchers, thereby perpetuating their own theoretical foundations (people keep searching in “that direction”, so to say). This is of course reasonable to a large extent, but may blind our horizon with respect to other possibilities. Theoretical disciplines often represent safe (and cheaper) havens to hatch new insights, which would otherwise struggle to outcompete mainstream ones in the context of heavily fund-dependent empirical research.

The Social Impact: An Example

The social impact of “cultural evolution studies” (an area of philosophy of biology I’m particularly interested in) may also obtain through very indirect paths. I guess that most obviously, studying how we evolve into the species we are now can have an impact on the way we think about ourselves and our place in the world. But cultural evolution models also serve to investigate present cultural dynamics (where “culture” means very broadly how information travels in social networks). For example, populational models of transmission biases were first conceived of by cultural evolutionists (where “transmission bias” indicate our preferences in choosing who to learn from/who to trust). They are currently successfully employed to explore stock market reactions – for example explaining contagious “selling frenzies”.

Why Research in Microbiology Matters 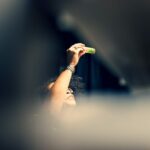 33 Questions for our Neurobiologist Angélique