In the series “33 Questions for” we introduce, in no particular order, our WiRe Fellows who are currently working on a research project here at the University of Münster. Why 33? Well, if we think of the rush hour of life, it is kind of the age that lies in its middle. And we also like the number😉.

In our final episode we are speaking with Angélique, neurobiologist and passionate lover of drosophila flies, „confocals“, scalpels, the beauty of nature – even in such creatures as flies – and of course her current research on the so-called circadian clock. Have a look for yourself and check out our short documentary about „The Lady of the Flies“ Angélique:

1. What motivated you to work in the field of neurobiology?

It was luck really. When I was a student, neurophysiology was mostly about electrophysiology. And one thing for sure, I was not a fan of electrophysiology. When I came back from my six months lab training from the States during my studies, I had to choose from a list the future lab for my second year of master. The list was really short, since all the students who stayed in France already had made their choice. I visited three labs. One of them was the only French fly lab studying the circadian clock (our internal clock that ticks in an approx. 24h rhythm). The team leader Dr. Francois Rouyer took almost two hours to explain me this fascinating physiological process. He got me. I never left this field since. Virtually all our body parts have a clock. I am working on the brain clock, the one that orchestrates our locomotor rhythm.

The sense of time.

5. What is the best experience you have had as a researcher?

In September 2017 three Drosophilists got the Nobel Prize for the dissection of the molecular clock. I was so happy that day. I could not work. It was like I got the Nobel prize :-)! I was so proud to belong to that field. Before this, when I was saying that I am using Drosophila to study the circadian clock, people were, like: ‚Why fruit flies?‘ And now, people are like ‚Oh yes the biological clock, can you help me for my sleep?‘ And just after that they are like, ‚What?! You are working on the fruit fly? But why?‘ Anyway, it was still the best moment of my scientific life.

6. What was your biggest research disaster?

Finishing my PhD with only one paper!

7. Which experience in the world of science disappointed you most?

The competitiveness is really detrimental to science.

8. What was the funniest moment you had in science?

9. How did you survive your PhD time?

10. Which (historical) important scientist would you like to have dinner with? What would you ask?

Thomas H. Morgan and his clan, like Alfred Sturtevant (T.H. Morgan shares his Nobel Prize with him actually, because this student mapped an entire chromosome just by putting together proportion and distance. Well, I apologize for my super shortcut). Some of T.H. Morgan’s „kids“ got the Nobel Prize. Like Herman Miller or Ed. Lewis. The first half of the 20th century was amazing! However, I’m not so keen to visit Morgan’s fly room. It was pretty disgusting at that time, will all those super ripped bananas (the fly food at that time. Today fly rooms smell more like brioche with all the yeast paste we are using).

11. What direct or indirect relevance does your research have for society?

I like to use the example of E.T. from Spielberg. This poor little thing didn’t have a clock synchronized with the rotation of our planet. I guess that’s why E.T. got sick. Well, the same thing is happening to us in our modern society – but in reverse. We do have a clock, but we force ourselves to go against it, and we get sick. In the population of shift workers there is a higher proportion of metabolic diseases, such as diabetes type II, and cancers.

12. What is your favorite research discipline other than your own?

I think favorite is a bit strong. Otherwise, why would I continue what I’m doing if it was not my favorite discipline? However, I recently discovered how research is done on human behavior at the scale of the population. I like the idea. It really, though only gently, I admit, slides away the pedestal Homo sapiens is standing on.

13. How did you imagine the life of a scientist / researcher when you were a high school student?

I was not imagining anything at that age. I wanted to be a journalist or an obstetrician. There were no researchers in my family. But I was already fascinated by the biological “miracle”.

14. Is it actually different? In what way?

Well, when I think about it, researching is a bit like being a journalist. We investigate, and once we got something, we write about it.

15. What do you like most about the „lifestyle“ of a scientist?

We don’t have strict schedules. We meet a lot of different kind of people at conferences. We travel. And importantly, we never stop learning and questioning dogma.

We don’t know what tomorrow will be. It’s getting worse and worst, because there are less and less jobs opportunities. Today, I don’t own a house, not even a car.

17. Do you think your career would have evolved differently if you were a man?

Maybe. The thing is, I think I’m quite exceptional in this situation as a woman. As a woman you really need to be passionate to be maso like I am. Men can wait quite long to have kids. We can’t.

18. If you were the research minister of Germany, what would you do to improve the situation of women in science?

Maybe force a quota of women at the leadership level. In my institute, we are a majority of women but only men are group leaders. That’s because decisions are made on the publication track record. If you took a break for maternity reasons, your publication record will be definitely lower than that of a man who never took a break. When we apply for positions, the decision should be made on the project, its feasibility, the enthusiasm of the researcher, and at last the publication record with the period of „no research time“ taken into consideration. Once this quota is taken into place, at the general population level, I think the government should give a mandatory paternity leave with an equivalent time as for the mothers. This means starting a family would have the same influence on the scientific careers of women and men.

19. If you had a daughter, what would you advise her not to do?

Nothing. Because there is nothing she could not do.

20. What is the biggest challenge for you when it comes to balancing family and career?

I had to refuse very good opportunities in the States in nice places (long contracts well paid).

21. How often do you as a friend / partner / mother / daughter sometimes feel guilty when you have to meet a deadline again?

Every time my son asks me why I’m not with him for the weekend or why I do have to work in Germany.

22. How did you imagine your future as a child? What profession did you want to pursue?

23. How do you keep your head clear when you are stressed?

24. What is your favorite German word?

25. Which of your traits bothers you the most in your daily work?

I say „yes“ to every demand.

26. What makes you most happy about the world?

The resilience of nature.

27. What worries you most about the world?

Everybody talks about saving the planet, but what they don’t understand is that the planet is not going anywhere and is not going to die because of us (it’s really pretentious to say that. Typical for Homo sapiens to think that way). We are killing ourselves. By doing this we are taking with us other species, but nature is strong. A lot of bacteria, archea, insects, fungi will survive our stupid behavior. So what worries me the most is to be the witness of my own murder and infanticide.

29. If someone asks you about your age, what do you respond spontaneously?

What do you think?

30. Which hobby have you given up for a life in academia?

Well…Have to think about that!

31. If you could travel in time: in which epoch and at which discovery or event would you have liked to have been there?

In the 70’s, in Seymour Benzer’s lab. His lab was a paradise for Drosophilists with a lot of imagination.

32. What is your favorite place in Münster?

Little Buddah. It’s nice to have a curry that reminds me of London.

The ecology is taken into consideration. Here we use washable tools. The food tubes for the flies are washed and re-used for example. In the UK you don’t have that. You know why? Because you need to pay technicians to wash all this stuff. And apparently, it is cheaper to toss than to offer a decent job. This explains that (see question 27). 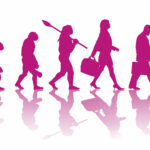